12 Parts of The Eye and Their Functions 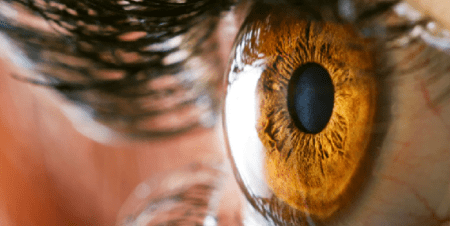 Parts of The Eye and Their Functions

The adult human eyeball is a spherical globe. The longest diameter is 24mm. The eye can be divided into fibrous, vascular, and nervous layers. The fibrous layer is the outermost layer that consists of the cornea and sclera. The cornea is the major refractive component.

The sclera covers the rest of the eye. The vascular layer is composed of the ciliary body, iris, and choroid.

What are the parts of the eye

Following are the parts of the eye and their functions.

The sclera is the white part of the eye. It is composed of collagen and elastic fibers, which provide a tough, opaque protective posterior coating for the eye. The sclera and cornea are actually composed of fibrous tissue. If the tissue is more dehydrated, it will be more transparent like the cornea.

Stem cells required for the repair of damage to the corneal epithelium have been found in the basal membrane of the corneal limbus. The sclera is largely an avascular structure of eye and derives its nutrients from the episclera and the choroid.

The cornea serves as the entry point of the eye for the light to reach the retina. It is a transparent structure composed of epithelium, and stroma- made up of a thick fibrous structure and a single layer of endothelium.

The cornea is the protecting body and keeps the eye from germs, dust, and other harmful substances.

As well as it filters the ultraviolet radiation from the sun and is the primary focusing system of the eye. It has a refractive index greater than air. Cornea by the means of its transparency helps in the minimum scattering of light.

Upon entry into the eye, the image is refracted and converged on the retina to form the final image.

By the time light has passed the cornea and aqueous humor, it moves through the iris and pupil. Both structures regulate the amount of light entering the system. The iris is composed of the pigmented layer that lies in front of the lens.

It has the ability to dilate and contract with the help of the sphincter and dilator muscles in order to regulate the pupil. The aperture of the eye. The iris tends to decrease the aperture in presence of too much light and vice versa is true for dim light.

It is a circular structure surrounding the lens. It consists of the ciliary muscle, ciliary zonule, and ciliary epithelium. The ciliary body has thin suspensory ligaments that hold the lens in place.

It is composed of 99% of water, with a small amount of collagen. The vitreous humor is clear and avascular structure of eye. It is a transparent structure. It is in contact with the retina but only adherent to ora Serrata. The attachment helps to hold the retina in place.

The vitreous ends anteriorly and is attached to the lens and ora Serrata. By the time vitreous humor has developed, it becomes stagnant. As the patient ages, vitreous gel shrinks and dilutes the vitreous.

The process is called vitreous syneresis. If the vitreous is detached from the eye’s posterior region due to trauma / high myopia, the occurrence of floaters in vision is likely. Aging, along with other retinal disorders, cause the development of small holes in places where the retina has thinned.

Vitreous humor can leak through those holes and cause retinal detachment from the underlying support tissue, which is detrimental to visual acuity and can lead to blindness.

It is the vascular layer of the eye containing connective tissue that surrounds the globe.  it is thickest at the extreme posterior eye (0.2 mm), and thinnest in the anterior surface (0.1 mm). Located between the retina and sclera, the choroid is separated from retinal nervous tissue by two structures, the Bruch’s membrane, and the RPE.

Bruch’s membrane serves to mediate the passage of nutrients into the retina, and filter out retinal debris. The choroid provides the greatest blood flow to the retina (65–85%of total blood supply) and allows an adequate supply of oxygen and nutrients to the photoreceptors in the outer layers of the retina.

From the anterior chamber, a major portion of the aqueous humor leaves the eye through the trabecular meshwork into schlemm’s canal and the episcleral venous system. The rest drains into uveoscleral route through interstitial tissue of the ciliary muscle into supra choroidal space and leaves through the sclera.

The constant production of aqueous humor regulates the intraocular pressure of the eye. It also plays a major role to maintain the optical clarity of the cornea and anterior chamber. It is suggested that nutrients and oxygen supply is also provided to the anterior portion of the eye and the waste products are removed by the same.

The aqueous humor also has a role in the local immune response by dispensing ascorbate, an antioxidant concentrated by the ciliary epithelium, throughout the eye.

The lens is a crystalline structure. As the light enters through the pupil, it focuses on the lens. The lens is composed of an epithelium layer, that is made up of proteins called crystallin which further refines the light from the cornea.

The molecules inside the lens are densely and uniformly packed which is the main characteristic required for its transparency. Lens has the second greatest refractive power. The refractive power can be changed to some extend with the help of ciliary muscles and ciliary zonular fibers.

The Retina as a Part of the Central Nervous System

Retina serves as the light-processing center of the eye. It transforms the visual signals into neural signals that is processed by the brain.

The Fovea and Macula

The fovea and macula are the most sensitive part of the retina that provides sharp central vision. The cones of the eye are responsible for minute details. The highest concentration of cones is found in the fovea, a small pit at the center of the retina while no rods are present in this area.

The image is focused on this area with the help of the cornea and lens. Surrounding the fovea in the central retina is the macula which is a highly pigmented, yellow spot with a diameter of 5 mm. The yellow pigment of the macula is derived from two types of xanthophylls, lutein, and zeaxanthin.

The optic nerve and optic disc

The central retinal artery enters the eye through the optic canal. As the optic disc has no photoreceptors, it creates a blind spot on the retina.

All rectus muscles originate at the annulus of Zinn and course anteriorly to reach its insertion points. These muscles insert at varying distances from limbs making a spiral known as the spiral of Tillaux.